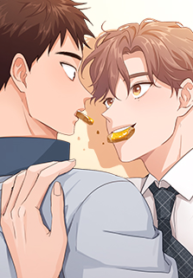 OnGoing
Komentarji
Uporabniki 6 so to označili

Seo Yoon Seul, who’s lived a perfect life so far, becomes a wreck when he starts having nightmares of a boy whom he coldly rejected when he was a student. The nightmares get even worse when he reunites with Kang Joon. Following his advice on becoming a good person to avoid nightmares, Yoon Seul approaches him to win his favor.