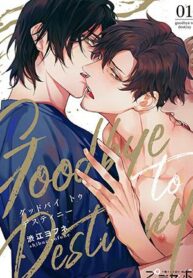 OnGoing
Komentarji
Uporabniki 3 so to označili

Due to certain circumstances, Mitsutani repeats an unstable heat, and each time there is a reason to look for an opponent for one night Ω (Omega). One night, Eiji Tohsaka, who is an alpha, saved the place that was entangled in the back alley at night during estrus. Mitsutani feels a strong urge to the Eiji who creates an unprecedented intense pheromone. Even though he hides his turmoil and seduces Eiji, the α in front of him is a peculiar constitution where he cannot feel the pheromone…! ? “You know you’re being invited without feeling the pheromone, anyway?” After all, just one night of sex… Tomorrow’s stranger. Nobody likes it anymore… I intended to… Dramatic OMEGA Birthlove led by destiny of a younger man who doesn’t know love x an older Ω who was frightened by love!