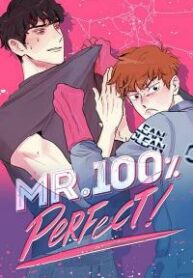 OnGoing
Komentarji
Uporabniki 5 so to označili

Suk-yun is Mr. Perfect from head to toe with crisp creases in his suit, a handsome and fit figure… and an expensive wristwatch dominating his timetable. Woo-in fell for him HARD, because he’s just so… perfect. But over time, the beep of the wristwatch had more power over Suk-yun than his feelings for Woo-in, so he left. To get over the breakup, Woo-in starts working for a cleaning company and just who is his first customer? The crazy messy junk-filled home of Suk-yun, Mr. (Not 100%) Perfect.